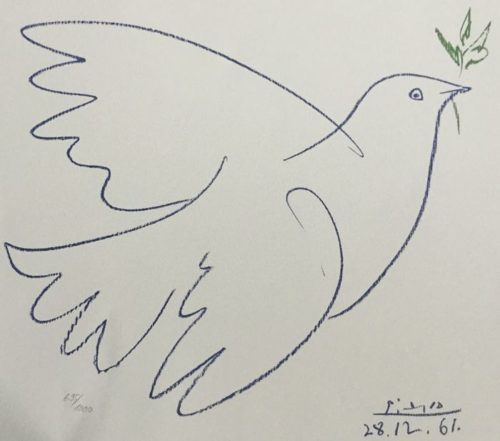 If any sensible person in our contemporary world were to be asked whether he/she prefers war or peace, invariably the response would be “peace”! It is precisely in this sense that many people today question the validity or relevance of the traditonal Just War Doctrine (JWD). How could war which is full of violence achieve peace? Some would even go to the extent of blaming the Church for supporting JWD! Of course the JWD as we have it today was mostly formed within the Catholic theological Tradition with the able support of philosophers, theologians, jurists and politicians. For many centuries, the Church had relied on it as a practical way of controlling or limiting wars in order to achieve peace.

However, since the beginning of the 20th century, the Church has been leaning progressively towards non-violent solutions for peace which culminated at the Vatican-II with its call “to examine war in an entirely new frame of mind” (Gaudium et spes – GS No:80). In the conciliar teaching devoted exclusively to war and peace in GS Nos:77-83, we notice the absence of the very term “JWD” which had been closely associated with the Church and her peace tradition since the days of St. Augustine. There is a clear radical shift towards pacifism as expressed in its lavish praises heaped on those who “renounce violence” and opt for non-violent means to achieve peace (GS No:78), as well as in its acceptance of “conscientious objection” for the first time in the Catholic Tradition as a morally valid stance (GS No:79). To-date, the Church has continued to highlight non-violent means as reliable and effective in achieving peace.

Vatican-II condemns in unambiguous terms the use of indiscriminate violence as happens in genocide and carpet-bombing of cities that wipe out entire cities/villages and nations. Of course, the Council was called hardly just two decades after the unprecedened horrors of the inhuman and indiscriminate use of violence that emanated from the Second World War, especially in Hiroshima and Nagasaki. However, the Council also upheld the right of every nation to defend itself, even going to the extent of calling such an act “a duty” of the State (GS No:79). This point can be understood only if one pays attention to the realistic presumption of Vatican-II that in the world of ours there will never be a day without a war/acts of violence (GS Nos:78-79). This particular presumption re-evokes St. Augustine who held the firm conviction that as long as humanity is vitiated by sin (massa damnata) it is wishful, if not utopian, to imagine that there will be a day in this world without violence and war. The underlying reason here is that as long as humans are sinful, their inclination to evil/violence will also remain, and so, the world as such will have at least some violence all throughout her sinful existence. It is precisely to control or limit such violence – according to Augustine – that States/governments are called to use limited forms of violence. In other words, it is a question of using limited violence to control violence which continues to erupt in a sinful world. Accordingly, only in a sinless, angelic world where there is no sin or inclination to evil/violence that we could speak of an absolutely violence-less approach to peace. But such a peace in our lived world is speculative if not utopian.

In the last few decades, the word “war” has become a bad word due to the terrible human tragedies and damages it causes especially due to modern sophisticated weapons of mass destruction. In such a background no one could talk of a “just” war as such, simply because no war is “just”. However, when one delves into the JWD seriously, one ought to notice that it is not at all meant to “justify” any war as such! On the contrary, as John Courtney Murray used to say, it is to highlight that war is always evil, to limit the evil it entails and to humanize the same evil as much as possible. But unfortunately, the adjective “just” is a misnomer which gives the erroneous message at its face-value.

The Church today realistically opts for two main ways to achieve peace: to use non-violent means as much as possible, and where such means do not function, to use limited violence by legitimate authorities to control/limit violence but always within international laws.