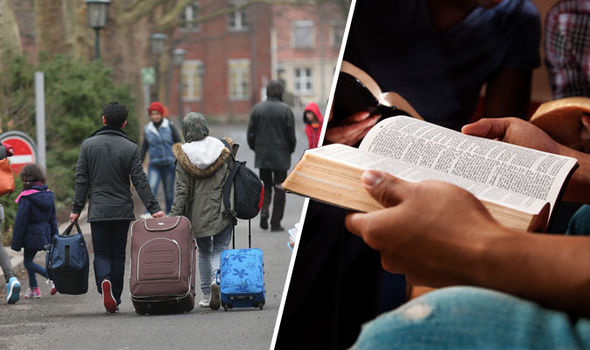 How does the Bible help us to think about migration?

The relationship between the Bible and morality is notoriously complex (see the document of the Pontifical Biblical Commission, The Bible and Morality, 2008). Looking to the Scripture for enlightenment and guidance on any moral issue requires prudence, intellectual honesty and humility. All of this is true in a particular way concerning the contemporary question of migration because it is such a sensitive and controversial issue. In this brief reflection we will consider just one biblical text, perhaps the most important verse in the Bible on this question:

“The stranger who resides with you shall be to you as one of your citizens; you shall love him as yourself, for you were strangers in the land of Egypt: I the Lord am your God” (Leviticus, 19,34).

The verse can be broken down into three parts: a moral obligation concerning the treatment of strangers, the historical fact that the people of Israel were once strangers and the assertion by God of his authority over his people. The key word linking these three parts is the word “for”. Taken literally, this term expresses the idea that one assertion follows logically from another, but there is no clear logical link between the command to love strangers and the fact of having been oneself a stranger. The power of the verse lies not in its logic but in its rhetorical and emotive force. This force makes appeal to the empathy of the people of Israel, suggesting something like: “how could you be so unfeeling and callous as to mistreat foreigners when you know how difficult and painful it was for you when you were a foreigner?” (cf. Ex 23.9: “You shall not oppress a stranger, for you know the feelings of the stranger, having yourselves been strangers in the land of Egypt”).

Even deeper than this appeal to empathy is the reminder of God’s authority. In a quite remarkable manner, which will be taken up by Jesus in the Gospel, God is establishing an unbreakable link between the way the people of Israel relate to God (through faith, prayer, liturgy) and the way they relate to the stranger. To refuse to love the stranger is to fail to love God.

As mentioned above, finding guidance on the contemporary social question we know as migration in the Bible is not a simple matter. This principle applies also to the verse just considered. We must be sensitive both to the particularities of the text in its time and of the social question in our time. Being sensitive to these factors does not however prevent us from drawing an unequivocal moral lesson from the verse on the migration question: a Christian cannot coherently claim to love God and be indifferent or even hostile to migrants.